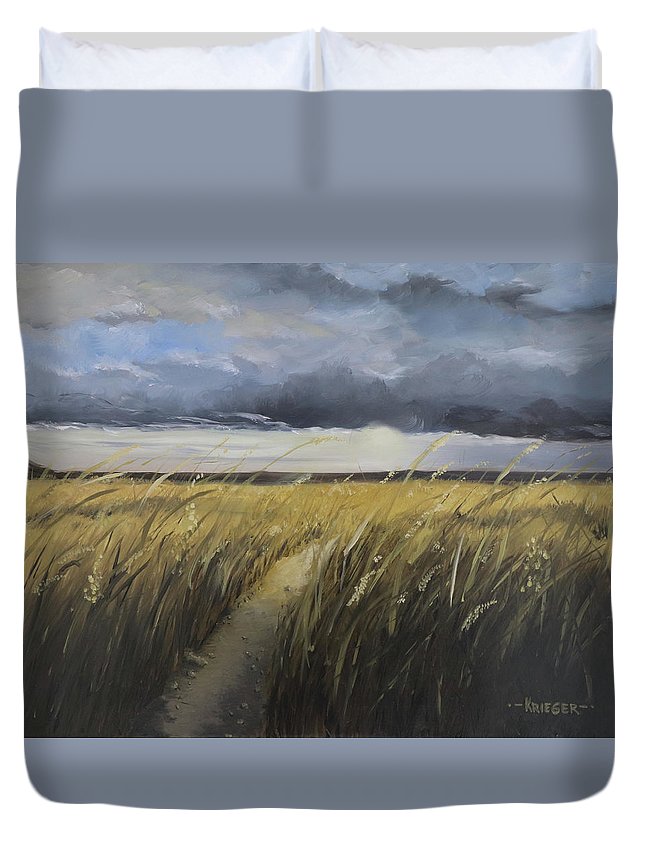 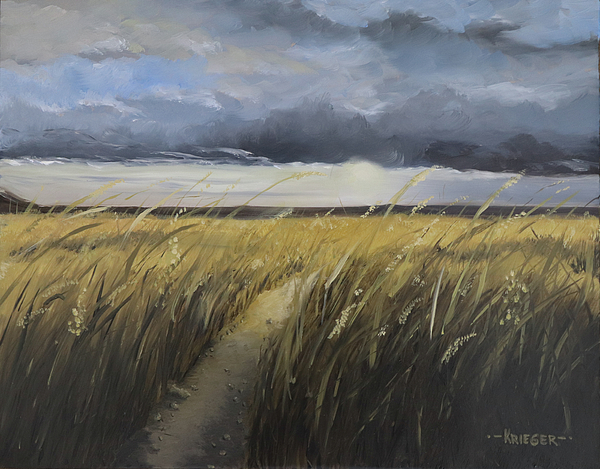 Queen duvet cover (88" x 88") featuring the image "Golden Fields" by Stephen Krieger. Our soft microfiber duvet covers are hand sewn and include a hidden zipper for easy washing and assembly. Your selected image is printed on the top surface with a soft white surface underneath. All duvet covers are machine washable with cold water and a mild detergent.

"Golden Fields" 11x14 oil on panel. I like the combination of colors in this. The cool blues and grays contrast nicely against the golden field. The partially lit path leads you right to the setting sun, just as the storm is passing.